From The Computing Community Consortium Blog

The following is a blog post by Computing Community Consortium (CCC) Council Member and contributor to the Robotics Roadmaps Maja Matarić.  In 2009, the CCC published a report, A Roadmap for US Robotics, From Internet to Robotics… A Blow to Patent Trolls

Was involved in a very small way in the actions of a patent troll, an Opinion piece by Evan Schuman on changes in the legal system that could stop them.  Will this work?  I know lawyers on both sides running the numbers.  Instructive… In this video from SC16, Janet Morss from Dell EMC and Hugo Saleh from Intel discuss how the two companies collaborated on accelerating CryoEM. "Cryo-EM allows molecular samples to be studied in near-native states and down to…

This is the first entry in an insideHPC series that delves into in-memory computing. To achieve high performance, modern computer systems rely on two basic methodologies to scale resources: scale-up or scale-out. The scale-up…

Lessons in trust from America's experience with electronic voting

It reads like a Hollywood movie. Elite hackers, allegedly sponsored by the Russian government, infiltrate the computer systems of the Democratic National Committee. Thousands of emails are stolen and published by WikiLeaks.

Spent some time in NYC lately observing the traffic and talking to cabbies.    Good experience.  The analyis from MIT is also interesting.  This shows some opportunities.   Cabbies are already eager to talk about over regulation…

What Mark Zuckerberg Learned about Running His Home with AI

In Facebook.  This has been out for a while, but just got to it.    For the deep geek within us, an understandable journey, you can almost feel your coding muscles twitching.   Almost.  But the average person is looking for more…

Via O'Reilly.   We did something similar when creating our Extempo bot system, but only included a few hundred questions.  Nice to see Microsoft pushing research with this.    How many parameterized questions does a human ask…

Announcing the New insideHPC Jobs Board 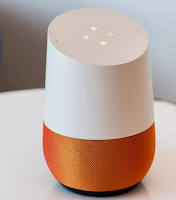 Have been testing Google Home's language translation capabilities.  You can translate spoken words or phrases from English into a large set of target languages by simply saying the words or phrases.   Alexa can't do this currently… Sadasivan Shankar gave this Invited Talk at SC16. "This talk will explore six different trends all of which are associated with some form of scaling and how they could enable an exciting world in which we co-design a platform… The 3rd annual International Workshop on High-Performance Big Data Computing (HPBDC) has issued its Call for Papers. Featuring a keynote by Prof. Satoshi Matsuoka from Tokyo Institute of Technology, the event takes place May …

A natural next step, for both games and more serious applications.  In Engadget:

Oculus now owns an eye-tracking company
The Eye Tribe's visual tracking technology could be in the next Oculus Rift.   by Sean Buckley  ....

A few weeks ago was re-introduced to apparel and fashion retail analytics trends.  Here came upon a broad look at recent trends in the area. In Smartdatacollective. In this highly data-driven world, innovation can happen anywhere. Thanks to advances in high-performance computing (HPC), it’s no longer necessary for scientists, engineers, and designers to be seated at their desks to execute…

A modern photocopier is basically a computer with a scanner and printer attached. This computer has a hard drive, and scans of images are regularly stored on that drive. This means that when a photocopier is thrown away, that…

Immune Systems as the Future of Cybersecurity

Saw this idea proposed quite a long time ago,  May well be the way to introduce security.   In concept anyway.   What would the intelligence of such an immune system need to be? The IOT sensors? Could it be evolved over time

Virtual Assistants in the smart home are attentive in their hearing.  Why not have the entire house create a hearing and sensing network?  This could be done my connecting existing sensory devices, or built into the house itself…

And more on the future of assistants.  And will the use of assistant/toys mean that children will be well primed for these capabilities?   And their acceptance of virtual worlds.    Its already well underway with their use of…

Bernard Marr in Forbes on toy assistant capabilities aimed at children.  Like the very successful adult assistants, these are ever listening,  and can gather data to be used with Big Data, which may create regulatory issues. 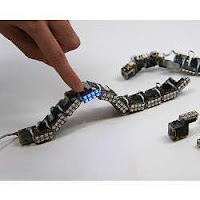 In the CACM:   From IEEE Spectrum.

A modular robotic chain can be what you want it to.  In particular interesting to see non humaoid robotic forms for tasks.   An alternate form of biomimicry.

Each… Franz Dill | January 1, 2017 at 01:27 PM From Computer Science Teacher - Thoughts and Information From Alfred Thompson

What is going to be big in 2017? It’s always hard to tell but there are several things I think I need to keep an eye on this year. (Note: Last year’s things to watch is here.) Some of the things are repeats from last year. They…

Video: How AI can bring on a second Industrial Revolution "The AI is going to flow across the grid -- the cloud -- in the same way electricity did. So everything that we had electrified, we're now going to cognify. And I owe it to Jeff, then, that the formula for the next 10,000 start…

Echo and Google Home have opened up the 'Smart Home' assistant component to the average consumer.  So not unexpected to see competition by other home appliance companies.      Will be following here.   In Techcrunch:

Job of the Week: Computational Scientist at ORNL